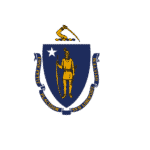 Disclaimer: Due to constantly changing laws, the information on this page may not reflect the most recent changes to state laws. The information contained here is meant to be used as general information. This is not intended to be any form of legal advice. Torri’s Legal Services is not liable for any direct, indirect or consequential damages resulting from your reliance on this information.
Comments, corrections or suggestions should be directed to torri@torrilegalservices.com.

Rule 5: Service and filing of pleadings and other papers

(a) Service: When required
Except as otherwise provided in these Rules, or unless the court on motion with or without notice or of its own initiative otherwise orders, every order required by its terms to be served, every pleading subsequent to the original complaint, every paper relating to discovery required to be served upon a party, every written motion other than one which may be heard ex parte, and every written notice, notice of change of attorney, appearance, demand, brief or memorandum of law, offer of judgment, designation of record on appeal, and similar paper shall be served upon each of the parties. No service need be made on any party in default for failure to appear except that any pleading asserting new or additional claims for relief against him shall be served upon him in the manner provided for service of summons in Rule 4 and except as otherwise provided in Rule 55(b)(2) with regard to notice of a hearing on the amount of damages.
(b) Same: How made
Whenever under these rules service is required or permitted to be made upon a party represented by an attorney the service shall be made upon the attorney unless service upon the party himself is ordered by the court. Service upon the attorney or upon a party shall be made by delivering a copy to him or by mailing it to him at his last known address or, if no address is known, by leaving it with the clerk of the court. Delivery of a copy within this rule means: handing it to the attorney or to the party; or leaving it at his office with his clerk or other person in charge thereof; or, if there is no one in charge, leaving it in a conspicuous place therein; or if the office is closed or the person to be served has no office, leaving it at his dwelling house or usual place of abode with some person of suitable age and discretion then residing therein. Service by mail is complete upon mailing.
(c) Same: Multiple defendants
The court, on motion with or without notice or of its own initiative, may order that service of the pleadings of the defendants and replies thereto need not be made as between the defendants and that any cross-claim, counterclaim, or matter constituting an avoidance or affirmative defense contained therein shall be deemed to be denied or avoided by all other parties and that the filing of any such pleading and service thereof upon the plaintiff constitutes due notice of it to the parties. A copy of every such order shall be served upon the parties in such manner and form as the court directs.
(d) Filing generally, and nonfiling of discovery materials
(1) Except as otherwise provided in Rule 5(d)(2), all papers after the complaint required to be served upon a party shall be filed with the court either before service or within a reasonable time thereafter. Such filing by a party’s attorney shall constitute a representation by him, subject to the obligations of Rule 11, that a copy of the paper has been or will be served upon each of the other parties as required by Rule 5(a). No further proof of service is required unless an adverse party raises a question of notice. In such event, prima facie proof of service shall be made out by a statement signed by the person making service, or by a written acknowledgment signed by the party or attorney served; and such statement or acknowledgment shall be filed within a reasonable time after notice has been questioned. Failure to make proof of service does not affect the validity of service.
(2) Unless the court, generally or in a specific case, on motion ex parte by any party or concerned citizen, or on its own motion shall otherwise order, the following shall not be presented or accepted for filing: notices of taking depositions, transcripts of depositions, interrogatories under Rule 33, answers and objections to interrogatories under Rule 33, requests under Rule 34, and responses to requests under Rule 34. The party taking a deposition or obtaining material through discovery is responsible for its preservation and delivery to court if needed or so ordered. Notwithstanding anything in this Rule 5(d)(2), any party pressing or opposing any motion or other application for relief may file any document pertinent thereto.
(e) Filing with the court defined
The filing of pleadings and other papers with the court as required by these rules shall be made by filing them with the clerk of the court, except that a judge may permit the papers to be filed with him, in which event he shall note thereon the filing date and forthwith transmit them to the office of the clerk.
(f) Effect of failure to file
If any party fails within five days after service to file any paper required by this rule to be filed, the court on its own motion or the motion of any party may order the paper to be filed forthwith; if the order be not obeyed, it may order the paper to be regarded as stricken and its service to be of no effect.
(g) Information required
On any pleading or other paper required or permitted by these rules to be filed with the court, there shall appear the name of the court and the county, the title of the action, the docket number, the designation of the nature of the pleading or paper, and the name and address of the person or attorney filing it. In any case where an endorsement for costs is required, the name of any attorney of this Commonwealth appearing on the complaint filed with the court shall constitute such an endorsement in absence of any words used in connection therewith showing a different purpose.
(h) Protection of personal identifying information
Publicly accessible documents filed with the court shall conform to Supreme Judicial Court Rule 1:24, Protection of Personal Identifying Information in Publicly Accessible Court Documents.

(a) Computation
In computing any period of time prescribed or allowed by these rules, by order of court, or by any applicable statute or rule, the day of the act, event, or default after which the designated period of time begins to run shall not be included. The last day of the period so computed shall be included, unless it is a Saturday, a Sunday, or a legal holiday, in which event the period runs until the end of the next day which is not a Saturday, a Sunday, or a legal holiday. When the period of time prescribed or allowed is less than 7 days, intermediate Saturdays, Sundays, and legal holidays shall be excluded in the computation. As used in this rule and in Rule 77(c), “legal holiday” includes those days specified in Mass. G.L. c. 4, § 7 and any other day appointed as a holiday by the President or the Congress of the United States or designated by the laws of the Commonwealth.
(b) Enlargement
When by these rules or by a notice given thereunder or by order or rule of court an act is required or allowed to be done at or within a specified time, the court for cause shown may at any time in its discretion (1) with or without motion or notice order the period enlarged if request therefor is made before the expiration of the period originally prescribed or as extended by a previous order; or (2) upon motion made after the expiration of the specified period permit the act to be done where the failure to act was the result of excusable neglect; or (3) permit the act to be done by stipulation of the parties; but it may not extend the time for taking any action under Rules 50(b), 52(b), 59(b), (d), and (e), and 60(b), except to the extent and under the conditions stated in them.
(c) For motions-affidavits
A written motion, other than one which may be heard ex parte, and notice of the hearing thereof shall be served not later than 7 days before the time specified for the hearing, unless a different period is fixed by these rules or by order of the court. Such an order may for cause shown be made on ex parte application. When a motion is supported by affidavit, the affidavit shall be served with the motion; and, except as otherwise provided in Rule 59(c), opposing affidavits may be served not later than 1 day before the hearing, unless the court permits them to be served at some other time.
(d) Additional time after service by mail
Whenever a party has the right or is required to do some act or take some proceedings within a prescribed period after the service of a notice or other papers upon him and the notice or paper is served upon him by mail, 3 days shall be added to the prescribed period.

Thank you for working so late on a Saturday yourself. I will keep you in mind the next time I serve something. I really appreciate that someone answered the phone on a Saturday evening!

Thank you for your outstanding service

Thank you for your outstanding service in 2015! Congrats on being named Best Process Server, with a vote from me! I look forward to working with you in 2016.

I highly recommend them

I really do appreciate it!

Thanks again for your diligence in getting these subpoenas served and for keeping me updated. I really do appreciate it!

They are always responsive and do a great job

I’m a local solo practitioner and I’ve used Torri for several years. The service has been great. When I was at a big firm, we used her as well. They are always responsive and do a great job tracking down folks who are difficult to serve.

I want to thank you for being my best server and for making my job so easy. I wish all servers were like you. Hope to hear from you soon. Thank you!

Your work has been excellent every time

Your work has been excellent every time I’ve used your services, and that is over a span of time, and I mean years – that type of consistency is what keeps customers like me coming back. (I held on to your card in an “old fashioned” rolodex!) Now I’ve added…

Their services always stand up, and they get the job done right the first time

Torri’s Legal Services has been providing processing and courier services to my law firm for the last ten years. We’ve tried other process servers and keep coming back to Torri’s for one simple reason —their service is unmatched. While they are not the least expensive process servers, their services always…

You and [the team at Torri’s Legal Services] have been of great help!  In fact, your help has been worth more than what you are charging me—It has been priceless! THANK YOU!!!

Thank you so very much. Everyone was floored by how quick and efficient you were. A million thank yous!

We would highly recommend working with them